The legend of Somnath :

The Somnath temple is located in Prabhas patan near Veraval in Saurashtra region of Gujarat. It is the first among the twelve Jyotirlinga temples of Shiva. The site of Somnath has been a pilgrimage site from ancient times on account of being a Triveni sangam (the confluence of three rivers: Kapila, Hiran and Sarasvati). Soma, the Moon god, is believed to have lost his lustre due to a curse. He came to Prabhas patan and  installed Siva linga and performed penance here and also bathed in the Sarasvati River at this site to regain the lost lustre. Due to this Lord Siva here known as Someswar/Somnath.

Coming to history of the temple ,it was destroyed and re-built many times , The present temple was constructed in Chaulukya style , by Sri Sardar Vallabhbhai Patel in 1951. North of Somnath, towards Veraval, is the famous Lord Krishna temple, Bhalka Tirtha, this is the place where Lord Krishna is said to have been mistakenly shot in the foot. Nearby is Dehotsarg, where he succumbed to his mortal wound. The temple at Bhalka Tirth is known as Mahaprabhuji’s Bethak, and a tulsi tree has been planted in Lord Krishna’s memory.

We started our journey to Somnath from Dwarka . On the way we saw Salt fields near Okha madhi , which make made us remember that we are returning without seeing the salt fields in Rann of Kutch.

While we were going through Porbandar to reach Somnath, we again greeted by the flock of Cranes that we saw yesterday ,but in bigger number.

There is a lot of road construction work is going on the way to Somnath , So we reached the hotel room booked in Somnath around 5:30 p.m. We quickly got freshen up and went to temple to see 7 p.m aarti (other timing of aarti are at 8 a.m. and 12 p.m. ) . If the timing is convenient the aarti is a thing which should not be missed.

The temple is reasonably crowded when we reached there. After submitting phones/cameras etc we reached the main temple just at the right time for the aarti. Its a sublime experience to me watching the Bolenath amid chants   while the aarti is going on.   The temple with illumination in the night  is a  sight to watch.

The Laser show starts at 8 p.m which explains the significance and history of the temple

After dinner we went back to the hotel and retired for the day.

Day 6 We started early morning to see temple in the morning light, also due to the long journey that needs to be done after that.We had a pleasant morning sky visuals on the way to temple.

We had the darshan of Maha Shiva again and the spent some time at the temple  . After that we started our journey to Vadodara from Somnath. 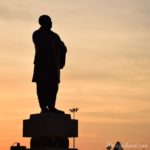 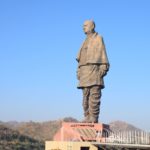 Hampi : The people in this city are countless in number, so much so that I…

Incredible Hampi: Once the second most populous and  enviously  rich city in the world  is currently a…